Welcome to the Medifast Blog!

Here, you’ll find interesting and relevant content that helps you on your weight-loss and maintenance journey and highlights you, the reader, on our path to regaining health. So, sit back, grab a bag of Medifast Bites, and enjoy! Visit Medifast to learn more about our delicious products, innovative program,and multiple support options!

When Bonnie Schiavone was just 30 years old, she was diagnosed with breast cancer.  The news is tough enough, but imagine getting it while living on another continent with a 1-year old and a 2-year old. Still, even in New Zealand, without American insurance, Bonnie considered it a gift.

“It made me appreciate life more and made me realize how important it is to focus on the good and positive things and live every day as fully as you can,” she says.  “And find joy and humor and laughter in life.”

Though it may sound odd, she’d always had an inkling that she would one day be diagnosed with breast cancer.  In junior high, she wrote a book report about it and had interviewed survivors.  It was almost like a premonition.

Just a year before her own diagnosis, Bonnie’s mother was discovered to have a rare form—inflammatory breast cancer, which begins as a rash.  At that time, the longest living person had had the disease for seven years.  “My mom was so blessed to have the right doctors.” She’s still going strong 25 years later.

Before her treatment—for the first and subsequent two cancers—Bonnie was thin.  She had some of her pregnancy weight, as her children were one and two, but the tamoxifen made her gain, and a cyst necessitated a hysterectomy, adding the hormonal changes to the weight-gain mix.  She lost weight on “two funky programs, but they didn’t teach me habits, and I gained it right back.” She didn’t feel the pressing need, as she felt happy.

Until she saw the pictures.  “I was at an event, and a photographer was taking a picture, and I said, ‘Please don’t! I look so fat!” But he took it anyway, and it mortified me. I didn’t realize I looked as big as I was!”

Bonnie met Rhoda, who’d lost 30 lbs, and she knew she could do it, too.  And she did: In 2008, Bonnie lost 35 lbs—then another eight in transition for a total of 43 lbs!.  Five years later, she is still coaching Clients and has kept all her weight off!    “It’s an amazing blessing to be able to have a career where it doesn’t feel like work, to be able to help people reach goals they never thought possible and to help someone who’d lost health, regain it.”

“My purpose,” she says, mentioning Kevin McCarthy’s book, On Purpose, “is creating joy in people’s lives.”  Of all her joy-inducing careers—including that of matchmaker—this one, TSFL Certified Health Coach, is the most fulfilling. 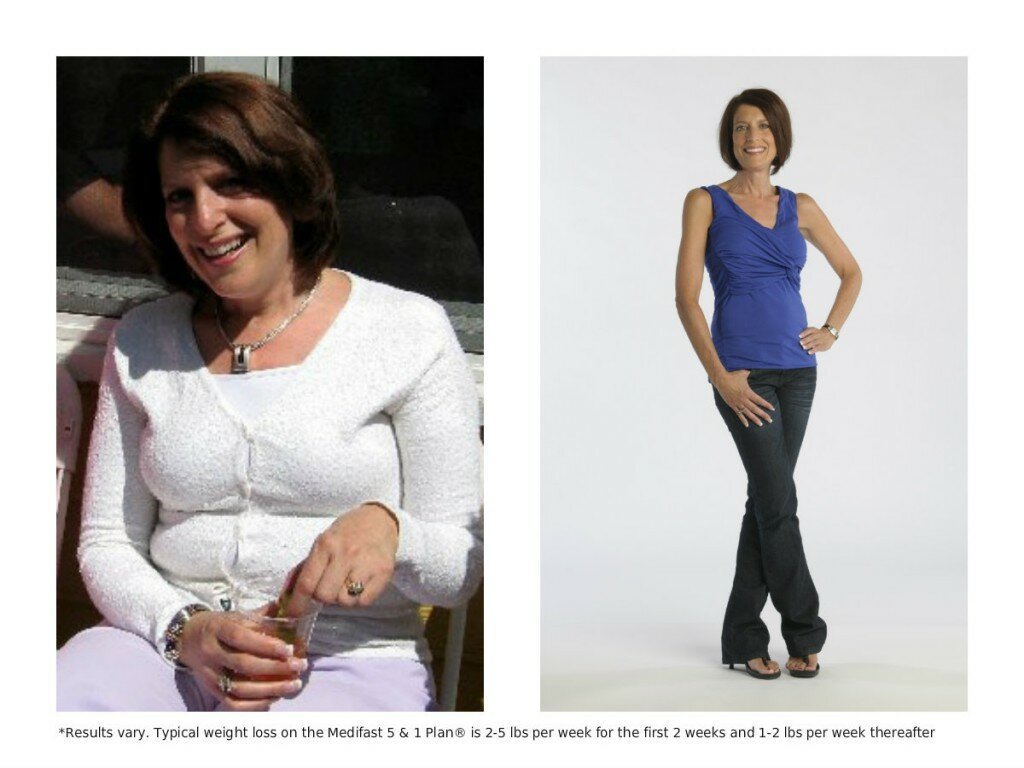 Before Leslie F. Miller became a writer for Medifast, she was a cake connoisseur (Let Me Eat Cake: A Celebration of Flour, Sugar, Butter, Eggs, Vanilla, Baking Powder, and a Pinch of Salt; Simon &... Read More